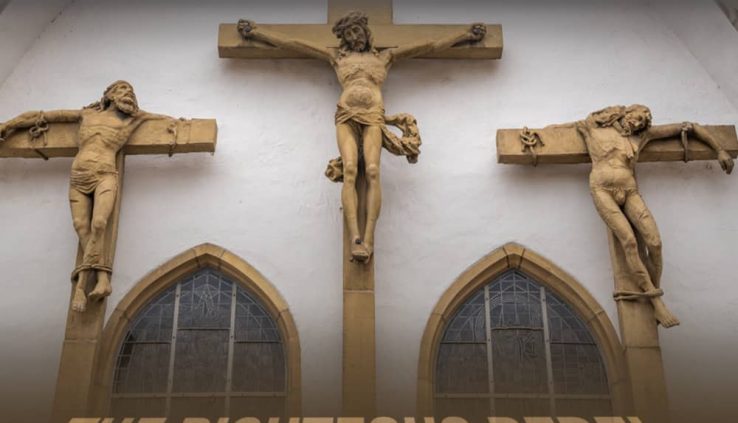 Hi there. You probably read the title and got a little confused with the oxymoron. Well it’s complicated. You see I was indeed a criminal, did inconceivable things in my lifetime, probably why the apostles never mentioned my name in their writings but let’s not bother with semantics now, I want to share with you an unbelievable story.

Let’s dial it back about two millennia ago.

I’m in my youth, living in Jerusalem; doing lots of shady things; joined the trending gang at the time, you know typical gang stuff: I stole, harassed people, killed some; although, we didn’t smoke stuff because it wasn’t available at the time. We were still pretty hard nonetheless.

Ask me if I enjoyed doing what I did? Nope I didn’t always. I didn’t enjoy living in constant fear, guilt, and ultimately shame when I got caught. My conscience cooperated for the most part, however with occasional bouts of remorse. Nothing a little temple time didn’t fix. I’d just visit the temple with my sacrifices, listen to a couple of sermons and come out a ‘clean’ man. After all the Mosaic law operated in my time afforded us the luxury of ‘cleanliness’ by simply substituting a spotless and well-groomed animal in place of our gruesome punishment.

However, my conscience was never silenced, and the desire for yet another wild ride with the gang never ceased. Essentially nothing had changed on my inside but somehow, the law regarded me as a good person up until my next sin and subsequent sacrifice. A righteous rebel, so to speak.

Three years went by so fast. I eventually got caught in what seemed to be a flash mob, which surprisingly wasn’t arranged for us. It had been prepared for Jesus, the Prophet, who was observing a Passover meal nearby. In fear and confusion, the lot of us fled the hideout. Wait, why were they arresting Jesus? The temple guard was able to seize three of us that night. They beat us severely and put us in a prison cell. We expected some time to pass before anything really happened but before we knew it, we were being transferred to the Roman soldiers in the town. I was panicky; I couldn’t really think straight. The Romans were brutes and would surely have our heads.

Our trial the following morning was very brief, coming shortly after a spectacle which was Jesus’. He’d come into the court looking battered and bruised. After several moments of one-sided conversation, Pilate had offered to let Jesus go. However, the people insisted on his death. Pilate even offered to release one of the most notorious among us, Barabbas, but still the people remained insistent on his death. His offence? Claiming to be the Son of God. I may not seem like much but all the temple time I had gave me a good understanding of the Torah and the Prophets.

The Messiah that was to come was meant to perform myriads of signs and wonders as in what is referred as ‘Joel verse 2’; then, according to what is now ‘Isaiah 53:5-12’, he would ultimately suffer a gruesome punishment for the sake of the people he was sent to. All the events leading up to that point proved even more that Jesus was the Son of God. More importantly, all the events that would take place in a few moments was very key to our salvation as in Isaiah put it earlier.
It all made sense then.

Jesus was that Messiah that would take away the sins of his people, and he was just about to get into action.

The Roman soldiers quickly bounded us after Jesus’ entourage had left the court. We were also sentenced to death by hanging on a cross otherwise known as ‘crucifixion’. The soldiers made quick work of us, lacerating our flesh and breaking our bones. Most of the attention was placed on Jesus as they took their time to ready him for his own crucifixion. I witnessed more prophecies about him come true. Those people had no idea what they were doing but it strengthened my conviction.

In a few more moments, we were all resident on our individual crosses. My fellow gang member and I were placed on either side of Jesus’ cross. He was in excruciating pain; it was very evident from his wheezing and unwillingness to pull himself up for a breath. Our positions on the cross made it difficult for us to breathe without pulling our weight up with 7-inch nails between our radius and ulna. Jesus had requested that Yahweh forgive the very people that were hurting him. Jesus had forgiven sins prior to now, however was that also how easily God could forgive sins?
Surely, that man could also forgive my sins as well.

The guy on the other side of Jesus clearly didn’t understand what was happening. He’d yelled in a mocking tone along with other soldiers for Jesus to save himself as he’d proclaimed to be a savior. Provoked by such statement, I sternly rebuked his ignorance – as Luke wrote in what is now Luke 23:39-40. With much conviction about the final destination of this Messiah, I requested that he take me along with him, forgiving all my sins in the process. He made a statement that shocked me to my bones. In his words:

‘Assuredly, I say to you, today you will be with me in Paradise’

To be honest, I was expecting some kind of transfiguration or something at that very moment. Well that didn’t happen, but an undeserved invitation to the dwelling place of the Son of God was as much a marvel. I paused to wonder a bit.

Only the righteous could see God.
Did that mean I was now righteous?
I had lots of questions to ask him, however a series of phenomenal events took place in quick succession which drew my attention. In no time, Jesus stopped breathing.

The Son of God had died.

With all I had done on earth, the Son of God still extended a heavenly invitation to me. Such lavish mercy exhibited by God and His Christ. All I had to do was ask, and he was more than ready to take me into his kingdom, the Kingdom of God. The same place my ancestor Abraham, who was the father of faith, would be is the same place I, a common criminal, would be.

“Truly God shows mercy on whom He chooses.”

By letting His Son in whom eternity flows through to die a mortal death, He has chosen to show mercy on rebellious humanity by substituting our impending death with that of His sinless Son.